[Story Developing] Opponents of the regional effort to wring carbon emission reductions from cars, trucks and other forms of transportation predicted Thursday that Massachusetts residents could face fuel shortages as soon as 2025 unless the state can dramatically scale up the transition to electric vehicles.

Gov. Charlie Baker tapped a District Court clerk-magistrate and a supervisor in the Middlesex County District Attorney's office for judgeships on Wednesday, teeing up two more nominations that will go before the Governor's Council in the coming weeks.

The House on Wednesday worked its way through Gov. Charlie Baker's fiscal 2022 budget vetoes and several of his amendments, overriding all 12 line-item vetoes and two vetoes of outside policy sections -- a study of the pandemic's impacts on children's behavioral health and a one-year delay in a charitable giving tax deduction that voters approved in 2000. - Katie Lannan

Twenty-one years after voters approved a tax deduction for charitable donations, the House on Wednesday voted to override Gov. Charlie Baker's veto and postpone for another year the tax break that non-profits said would help encourage residents to support an industry hurting from the COVID-19 pandemic.

With the state's coffers awash in unspent funds and the pandemic reshaping commuting patterns, a group of lawmakers and transportation advocates argued Wednesday that the time is right for Massachusetts to reimagine fares on its public transit systems.

With the clock running down on him, Gov. Charlie Baker plans to meet with others in his administration Wednesday night to discuss what action he should take on a $261.6 million fiscal 2021 supplemental budget.

Gov. Charlie Baker said Wednesday he is not considering reimposing travel restrictions on residents or visitors amid the latest rise in COVID-19 infections and hospitalizations and said he will "have more to say shortly" about federal masking guidance issued on Tuesday once his administration has a chance to review it more thoroughly.

High housing costs and low inventory are plaguing communities around Massachusetts, but on Cape Cod and the islands the crisis is "existential" for residents who want to continue to call the region home year-round, according to state Sen. Julian Cyr. "If we don't fundamentally change what we're doing, we're not going to have year-round communities," Cyr told the Joint the Committee on Housing Wednesday.

The Governor's Council on Wednesday rejected Gov. Charlie Baker's latest nominee for the Parole Board, Sherquita HoSang of Springfield, with members questioning her preparations and qualifications. Councilors voted 5-3 against confirming HoSang to a four-year term, with Councilors Joseph Ferreira, Terrence Kennedy and Mary Hurley voting in favor of the nominee and the five other councilors opposed.

As lawmakers consider ways to spend billions of dollars to relieve a housing crisis and retrain workers for in-demand jobs, Labor Secretary Rosalin Acosta said Tuesday the administration is preparing to host the largest virtual job fair in state history next month as a buffer against the impending loss of unemployment benefits for 330,000 out-of-work residents.

CDC Recommends Masking Up Again In Many Public Indoor Spaces

In parts of the country where the Delta variant is fueling a surge of COVID-19 cases, including in parts of Massachusetts, even people who are fully vaccinated against the virus should go back to wearing a mask when in public indoor spaces, the U.S. Centers for Disease Control said Tuesday.

Officials in a handful of Massachusetts communities think they've cooked up a worthwhile strategy for cutting greenhouse gas emissions and want the state's permission to try it out. "Let us be your test kitchen," Arlington Town Manager Adam Chapdelaine told lawmakers Tuesday. "Let Arlington, let Lexington, Brookline and Acton, others that are pursuing this -- let us put this effort forward. The people of Arlington want it to go forward."

Special Punishment Sought For Those Who Shoot At Homes

With a number of recent incidents on her mind, Middlesex District Attorney Marian Ryan told lawmakers on Tuesday that legislation strengthening penalties on those who fire a weapon at a residence has "only become more essential" since she first began supporting it in 2015.

Nearly a decade after Chicopee police took and disseminated cellphone pictures of murder victim Amanda Plasse at the scene of her death, her family criticized Beacon Hill on Tuesday for its inaction on a proposed ban on non-essential photos taken by first responders.

Massachusetts lawmakers have adopted an aggressive approach to reducing carbon emissions as part of a suite of changes geared toward addressing climate change, but authors of a new report say lawmakers are also tolerating huge amounts of avoidable electronic waste while simultaneously leaving consumers on the hook for added costs.

As Massachusetts prepares to adopt a new strategy to vaccinate nearly 900,000 children who could become eligible for COVID-19 shots in the coming months, public health officials are looking at an interim solution to a problem at least one drugmaker is working on: how to repackage vaccine vials into smaller bundles so that pediatricians can vaccinate patients in their offices.

Massachusetts is far from alone with its exploding home prices.

The Massachusetts Gaming Commission is planning to delay its return to working out of its Boston offices until "at least sometime in October" amid concerns about the Delta variant and the risks of office settings, Executive Director Karen Wells said Thursday morning.

[Coverage Developing] House leaders plan to pursue an override of Gov. Charlie Baker's veto that would allow a charitable giving tax deduction to take effect more than 20 years after it was approved by voters.

A pair of harbormasters and Coast Guard veterans on Wednesday asked lawmakers to approve a bill they said would make things easier on veterans adjusting to civilian life and new government careers. Massachusetts allows veterans working public jobs to purchase up to four years of credit toward their pension for their military service, as long as they do so no more than 180 days after they are notified they are eligible for the benefit.

Attorney General Maura Healey and the Baker administration teamed up Wednesday to call for the end of the competitive market for residential electricity consumers as it currently exists, and the chairs of a key legislative committee suggested they agree.

The House meets Wednesday afternoon with Gov. Charlie Baker's amendments and vetoes to the fiscal 2022 budget pending as the debate over whether to allow a tax deduction for donations to charities has picked up in intensity.

Public health experts, civil rights advocates and elected officials urged the Baker administration on Wednesday to resume reporting COVID-19 hospitalizations broken down by demographic, warning that the data remains an urgent part of the state's response as the Delta variant fuels an increase in cases.

Simulcast centers in Massachusetts that take bets on out-of-state races may continue operations for another year and the state's horse racing laws have also been extended under a bill (H 3976) signed by Gov. Charlie Baker on Tuesday. 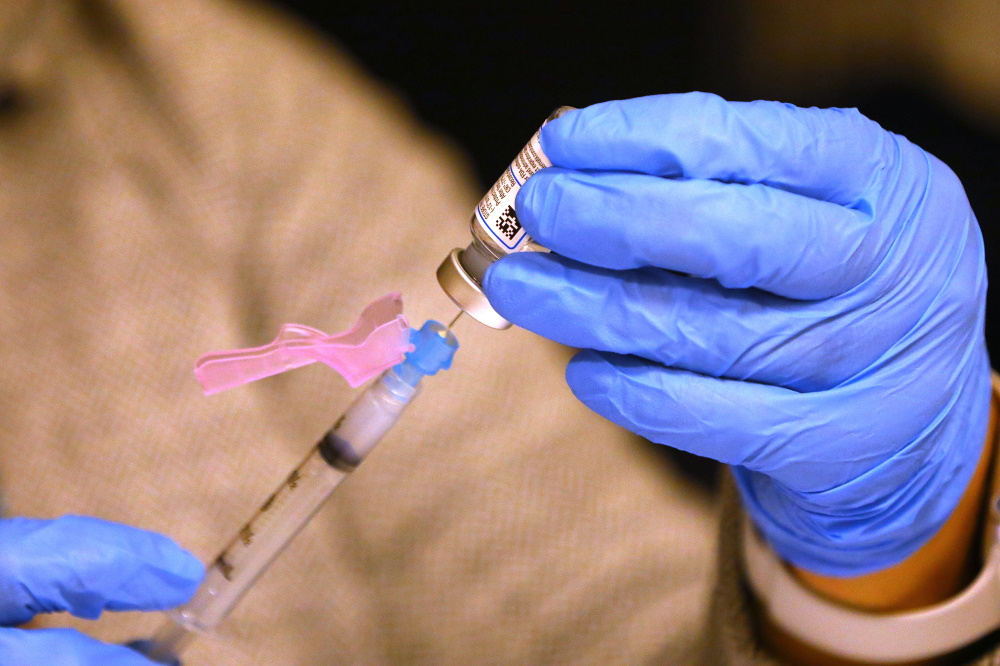 Massachusetts employers, especially those in skilled trades, often talk about the need to continuously attract, train and retain workers with in-demand skills, and though they are developing COVID-19 vaccines here, Moderna and Pfizer are not immune to the problem. 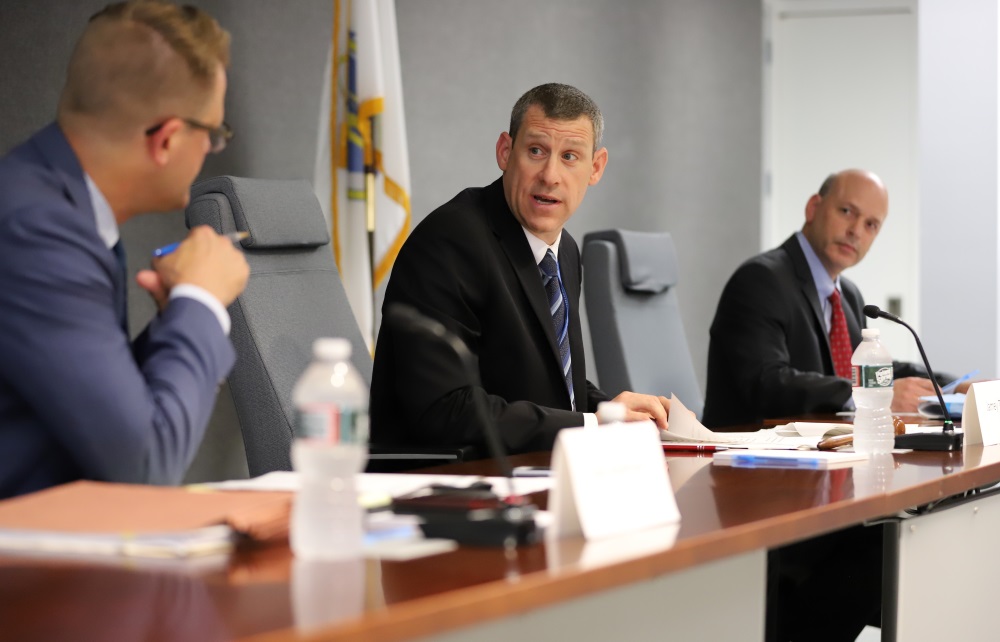 Jamey Tesler, who has been serving as acting state transportation secretary since January, will remain in the position on a permanent basis, the Baker administration announced Tuesday. 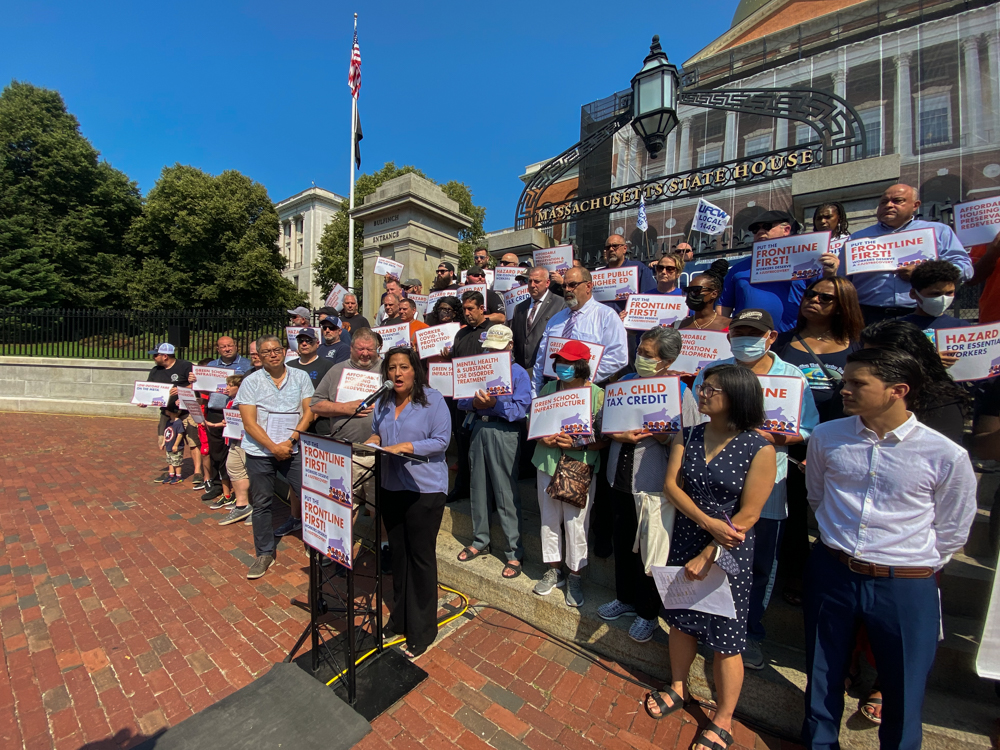 Retroactive hazard pay for essential workers and investments to make college and housing more affordable for low-income residents were among the demands outlined Tuesday during a rally outside the State House on ways to invest nearly $5 billion in available federal COVID-19 relief funds. 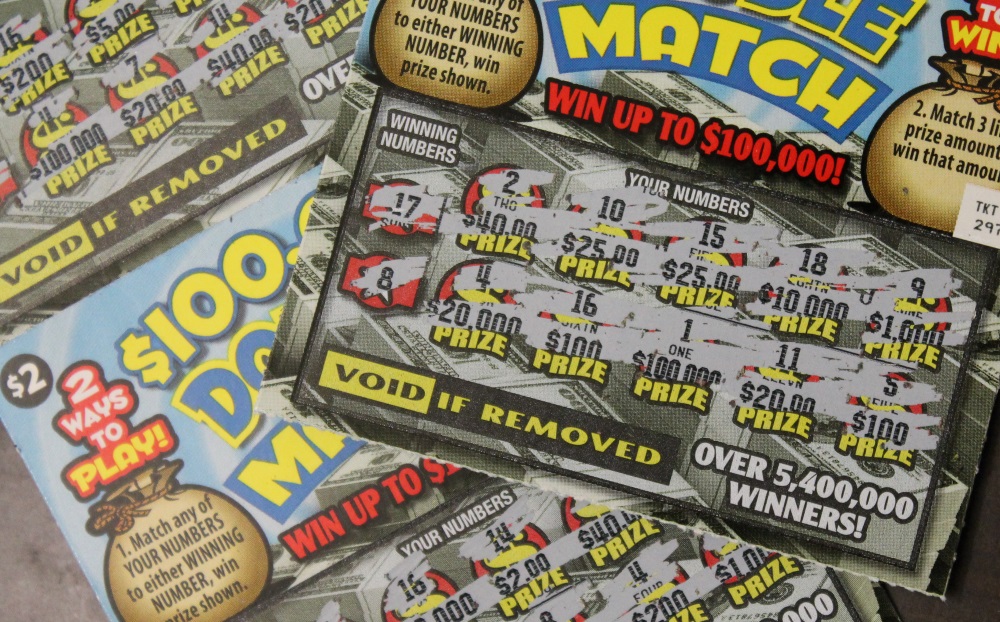 The fiscal year that ended last month was a record one for the Massachusetts Lottery, which set new standards for revenue, profit, prize payouts, commissions and bonuses for retailers, scratch ticket sales and Keno sales, the agency announced Tuesday. 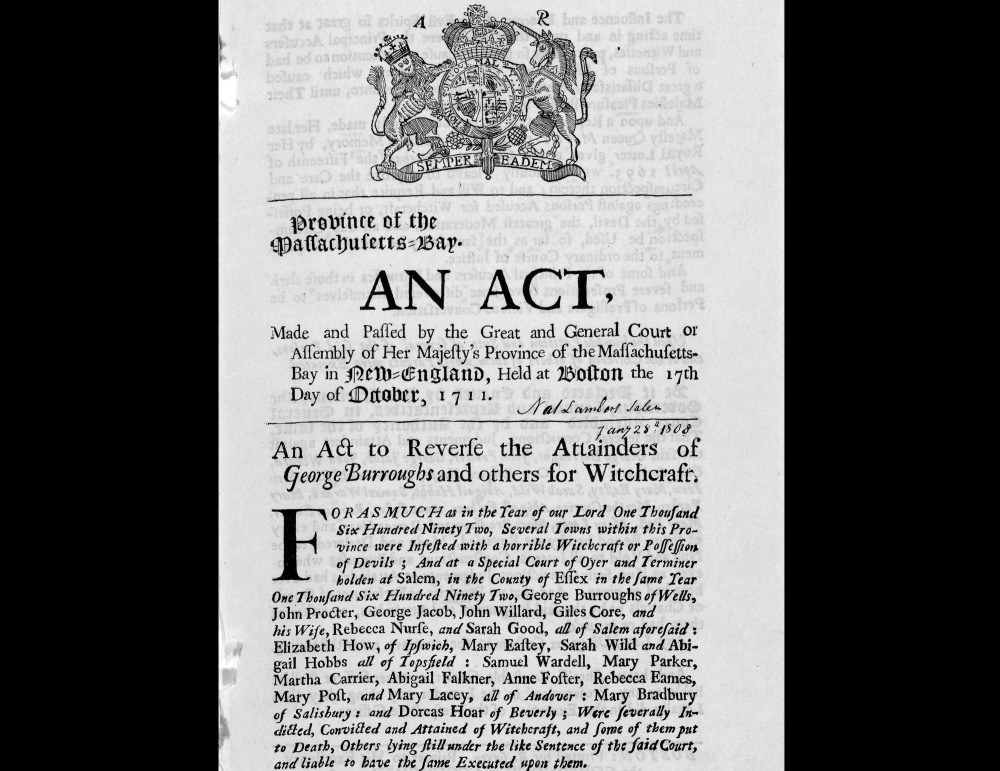 Lawmakers Asked to Clear One More Name From Witch Trials

Two hundred and sixty-five years after 19 people were hanged and dozens more accused during the 1692 witch trials, Massachusetts lawmakers apologized.

Who the News Service is Following

About the News Service